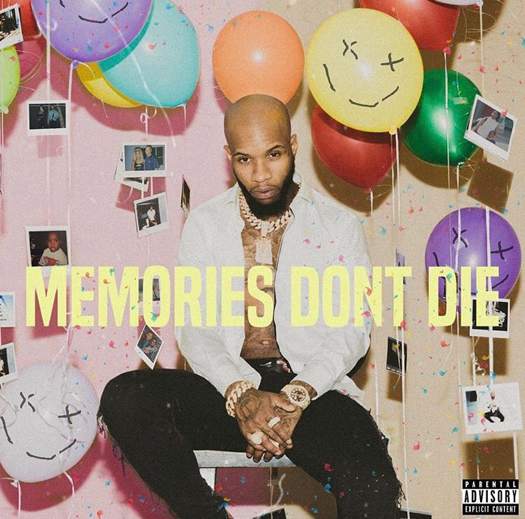 Tory Lanez dropped his album "Memories Don't Die" on March 2nd and it's already sitting at #3 on Apple Music's Top Charts. As expected, this album is fire and includes his signature style of music... singing, rapping, and combining two songs into one. One thing that I think could have been stronger, is the features. He's got Fab, Davo, NAV, Mansa, 50 Cent, Paloma Ford, Wiz, and Future on there, and I'm not saying it's weak... I'm just saying it could have been way better, he's in a position now where he can get anybody on there and yeah... that's all I'm gonna say about that. Overall, the album is hot. I've been listening to it pretty much every day since it came out, ha. Oh yeah, did I mention Tory Lanez is one of my favorite artists? I've really been waiting and looking forward to this album for so long.
This album also made me become a fan of Mansa, I wasn't very familiar with his music before this, but the songs he's featured on, "48 Floors" and "Hillside" (which also features Wiz) are two of my favorites on the whole album. Another favorite song from this project is "Happiness x Tell Me." This is a beautifully combined song that tells the story about when his mother passed away and how he found out about it. The transition between the two songs is perfect, and the story is very personal and touching. And the last song I'll recommend is "B.I.D." meaning bust it down. This song is litty. I could not stop playing it when I first heard it. It's on a whole different wave than the last three songs I mentioned, play this one if you're trying to hype yourself or T up, it just puts you in a good mood. If you still haven't checked this album out, ya late!!
By: @n3ss___
on March 09, 2018
Email ThisBlogThis!Share to TwitterShare to FacebookShare to Pinterest