on March 21, 2019 No comments:
Email ThisBlogThis!Share to TwitterShare to FacebookShare to Pinterest


Virginia Beach artist, Ca$h Nash (_cashnash) drops a freestyle video, “Live From the Streets Freestyle.” Nash goes bar after bar for the entire three minutes proving once again, he has lyrical stamina, that in my opinion, is unmatched in this area. Tre P produced the visual on this one, so you know it’s tough (@theofficialtrep). Engineered by Biggz (thisisbiggz) and TreeZ (treezturnmeup) at DNA Studio in Norfolk, Va.
By: @n3ss___
on March 03, 2019 No comments:
Email ThisBlogThis!Share to TwitterShare to FacebookShare to Pinterest
Labels: #757artist #primerecords #trep, #cashnash 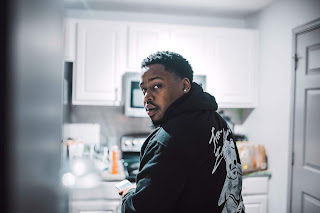 Tell us about Mason Taylor?
I would say a hard-working producer, but I like to say I'm a hard-working creative. I'm a person that likes to be in creative elements. In a week, I may be in the studio making 30 beats, at a video shoot helping out my brother, Joe Moore, or having a meeting talking about marketing for an upcoming project for an artist.

Tell us about your 2018 ups and downs.
It's been a lot of ups this year. For sure, the knowledge I've gained from Sonny Digital. He drops a lot of gems, so I just soak up the game he teaching. I was flying across the nation networking all year. Joe put me in some great situations to meet a lot of people. One particular memory was being in Miami meeting Lil Wayne. That was surreal; something I still think about all the time. Also, songwriting & producing on 'On My Block'. That was dope. When Bee gave me that call, I was hype.

I guess the only down would be is spending too much money in the strip club. In Atlanta, strip clubs are apart of the normal week so its easy to fall in love with the strip club.

What sets you different from other producers?
I'd say it's the work ethic. Even outside of cooking up in the studio, I'm reading about music theory, understanding chords, and working on engineering just to make the beats sound better. Music is truly an everyday thing for me.

Who would be your dream colab?
My dream collab would be with Wiz Khalifa. He's the reason why I really got into music. The way how his come-up was transparent inspired me a lot. I still go back and look at those vlogs from 2010 to this day.

What do you think of today's music scene?
I think its really everywhere. Its good for artists because it's so broad. There's so many sub-genres of rap now so literally any kind of person can enjoy their version of rap. The negative side to that could be that it's getting over-saturated and some people are risking their freedom for attention.
What’s next for Mason Taylor?
I'm doing some dope things with Sonny's label Rolling Records, so I'm excited for the world to hear that. We got some more Netflix work on the way as well. I'm going to the Grammy's this year, so that'll be a new experience for sure. Also, I'll be traveling to colleges spreading knowledge on the music industry and production. All in all, just more work, more good music, and more memories. God is great.

What word of advice would you give an producers coming up?
My biggest advice to producers would be to network & focus on your craft. Don't let anything get in the way of that. As simple as it sounds, it's so important. I was spending my last money on flights to LA just to "hope" something could happen. I haven't been in a serious relationship in 2 years because I'm just too focused on being in the studio. I'd also say to LEARN THE BUSINESS. Get a lawyer. Realize you can't do everything by yourself. I split workloads between my team every week to make sure things get done. Get a white board and write things down. That's helped me a lot this year. Last thing, stay prayed up. God is amazing. Your whole life can change in 365 days. Make every day count. 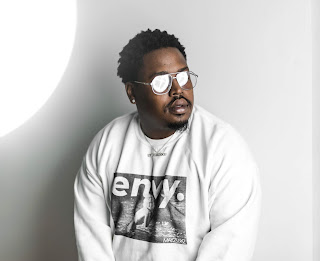 on January 09, 2019 No comments:
Email ThisBlogThis!Share to TwitterShare to FacebookShare to Pinterest 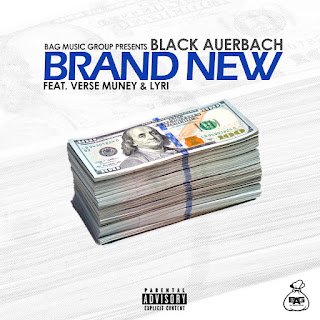 https://audiomack.com/song/black-auerbach/lyricverse-1
on January 03, 2019 No comments:
Email ThisBlogThis!Share to TwitterShare to FacebookShare to Pinterest

Dblock affiliated and Yonkers artist Large Amount sits down with us and talks past,present, an future 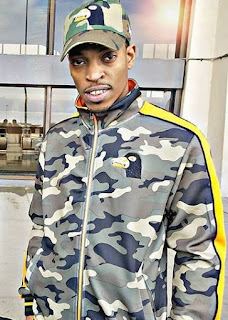